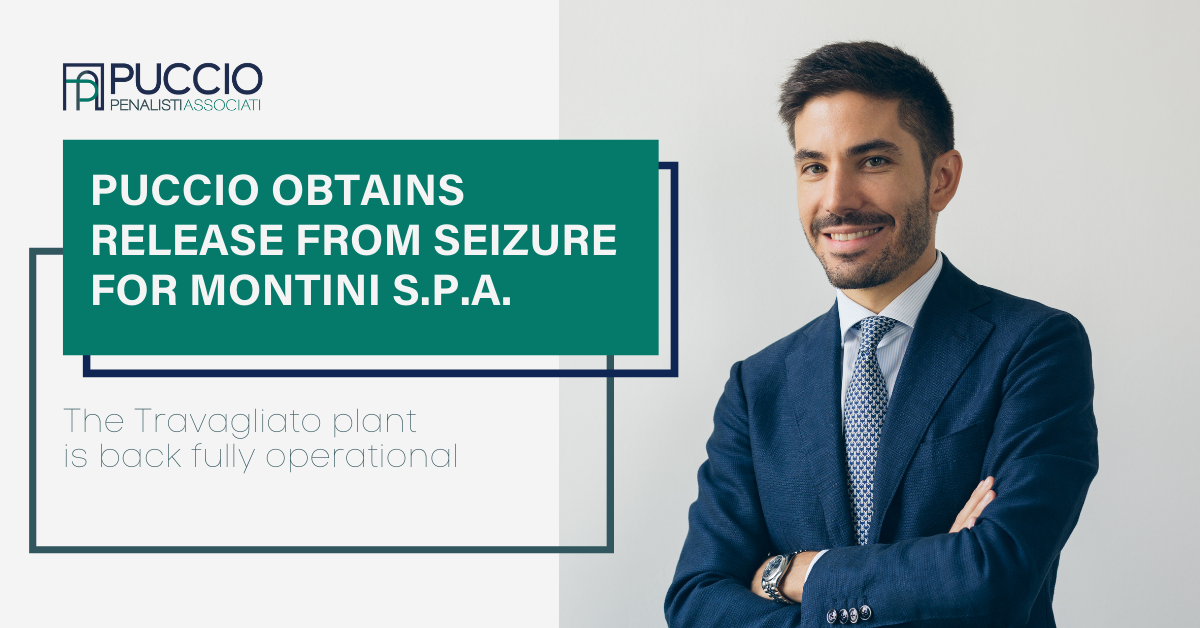 Puccio Penalisti Associati, with a team composed of Founding Partner Andrea Puccio and associates Elisa Pigozzi and Francesca Tomasello, has obtained the release from seizure of the Travagliato production plant owned by Montini S.p.A., a foundry group specializing in the automotive sector and in the production of manhole covers and road grates.

“We are very satisfied with the result obtained, as the immediate release of the plant was our top priority,” says Andrea Puccio. “This goal was achieved thanks to the fully cooperative approach shown by the company, which, while remaining firmly convinced of the correctness of its work, did not shy away from the authorities’ requests. This, in confirmation of the seriousness and attention, which have always oriented the management of the plant, despite the difficulties undeniably related to the absolute peculiarity of the places in which the company, despite itself, finds itself operating on a daily basis. It seems to me, also, right to recognize the reasonableness of the approach held, in the context of the affair, by the Prosecutor’s Office and ARPA, which has undoubtedly contributed to the achievement of the result.”